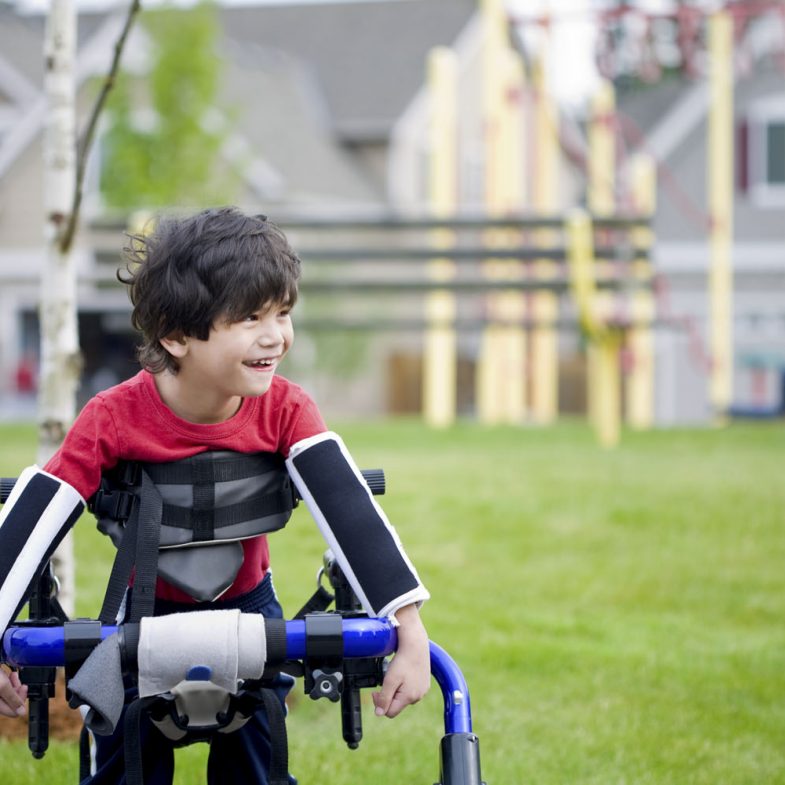 Muscular dystrophy is a neuromuscular, genetic disorder which results in the progressive deterioration of muscle strength and function. The most common form in childhood is Duchenne Muscular Dystrophy, which can see a young boy using a manual wheelchair by the age of 8, and being completely dependent on an electric one by his early teens. Life expectancy for this disorder is usually only until early adulthood.

StGiles’ therapy team of occupational therapists and physiotherapists can provide the following services for those with Muscular Dystrophy:

• Maintaining good range of movement and symmetry
• Provision of splints, assistive devices and wheelchairs and seating